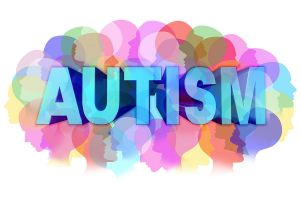 and adults (our reports are accepted by the HSE, CAMHS, NEPS etc). ASD is a neurodevelopmental condition characterised by social-communication difficulties, and restricted and repetitive patterns of behaviour. The condition is almost five times more common in males than in females. According to a 2018 report from the Department of Health, as many as 1 in 68 Irish children may have some form of ASD.

Children with classic autism typically demonstrate delayed speech and language development. They show limited social engagement with others (poor eye-contact, failure to point out objects of interest), repetitive behaviours such as rocking or hand-flapping, echolalia (repeating words or phrases), and may also have motor difficulties.

ASD is a polygenic condition associated with numerous "single nucleotide polymorphisms" (SNPs) and "copy number variations" (CNVs) in the genome. Mutations on dozens of candidate genes have been identified (e.g., SHANK3, NLGN3, CHD8 etc.). Although there are likely to be environmental (epigenetic) factors involved in its pathogenesis, it remains unclear exactly what these environmental factors are. Neuroimaging studies point to some abnormal structure and/or functioning in certain parts of the brain in autism (amygdala, temporo-parietal junction, fusiform gyrus, cerebellum etc.).